An Autonomous Body Under Ministry of Education, Government of India 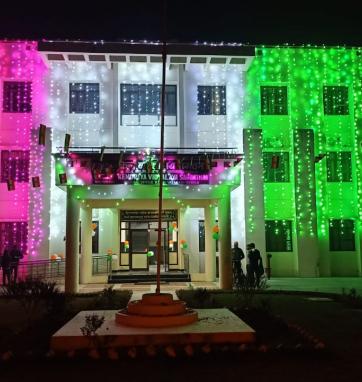 KVS Varanasi Region came into existence in the year 2012. Earlier, KVs of this region were either with Patna Region or Lucknow Region. The Regional Office of KVS, Varanasi has been shifted in its permanent building at DLW Campus, Kanchanpur Varanasi 221004.

Kendriya Vidyalaya Sangathan, Regional Office, Varanasi has a four - fold mission, viz.,
To cater to the educational needs of children of transferable Central Government employee including - Defence and Para-military personnel by providing a common programme of education;
To pursue excellence and set the pace in the field of school education;
To initiate and promote experimentation and innovations in education in collaboration with other bodies like the Central Board of Secondary Education (CBSE) and the National Council of Education Research and Training (NCERT) etc. and
To develop the spirit of national integration and create an sense of ^Indianness^ among children.